For more than fifty years, Lewis Kaplan has dedicated his career to performing as a violinist – both soloist and chamber musician. He is an internationally renowned teacher, performer and the Founder and Director of the Bach Virtuosi Festival in Portland, Maine.

Lewis Kaplan also co-founded  the Bowdoin International Music Festival in 1964. He was the Artistic Director of the festival from 1964 and the Director from 1975 until 2014 when he stepped down after 50 years to begin BVF.

With a zest for living and a dedication to music, Lewis Kaplan is known not only for his teaching, but also for his great musicianship in the traditional repertoire and his leadership role in contemporary music.

A graduate of The Juilliard School – where he earned both bachelor’s and master’s degrees in violin studies studying under  Ivan Galamian (1901-1981), one of the greatest violin pedagogues of the 20th Century, and conducting under Jean Morel – Mr. Kaplan began teaching at the prestigious conservatory in 1964 and is presently a senior professor in violin and chamber music.

In 1961, he founded the Aeolian Chamber Players – the first permanent chamber ensemble of mixed timbre and a model for hundreds of ensembles internationally that followed his pioneering work. 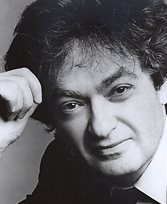 Known as an extraordinarily gifted teacher with a remarkable talent for helping to build careers for his highly gifted students, Mr. Kaplan teaches at The Juilliard School, the Mannes School of Music – The New School, the Bowdoin Festival and is a visiting professor at the Royal College of Music in London and an honorary professor at the Xi’an Conservatory of Music in China. He has presented master classes at most of the well-known conservatories and schools worldwide, including the Mozarteum Summer Academy in Salzburg, Austria where he taught for 20 years.

In 2009, Lewis Kaplan was awarded the Knight’s Cross of the Federal Republic of Germany by the President of Germany. He was the holder of the William Schuman Scholar’s Chair at The Juilliard School in 2010-11.

Lewis Kaplan has made numerous television appearances and has premiered more than 100 works, both as a soloist and with the Aeolian Chamber Players, by most of the well-known composers worldwide. He has recorded for Columbia/CBS Masterworks (Sony), CRI, Folkways and Odyssey Records.

In addition to performances with the Aeolian Chamber Players internationally, he has appeared as violin soloist and as a conductor in Europe, Asia, and North America. He has performed as well with Michael Rabin, Jaime Laredo, Szymon Goldberg, Ruggiero Ricci, pianists Yefim Bronfman, Richard Goode, Rudolf Firkusny, Murray Perahia, Horacio Gutierrez and many others.

Lewis Kaplan was born in Passaic, NJ. He resides on the Upper West Side in New York City with his wife, Adria.